A downloadable game for Windows and macOS

When Kokai, land of the mortals, fell into an imbalance between the Light and Dark, Kokai’s peace no longer prevailed. There was suffering, political strife and the horrors of war caused by both the Light and Dark. Hikamaru, Deity of Light, and Yamaru, Deity of Darkness, constantly fought with one another over which is truly good or bad: the Light or the Dark. Due to this and the suffering of her realm, Koharu, Deity of the Earth, vanished  her realm of Kokai in hopes that this corrupt world will end so that a new one could be born from its ruin. Thus, both realms of Light, Hikakai, and Darkness, Yankai, as well as its deities, are locked in an eternal struggle against each other in Kokai.

In the absence of Koharu’s protection, Yamaru immediately began to spread his darkness into the souls of men, women and children, corrupting them. They began to change into beasts of shadow and darkness. Everyone, deep within their heart, has sins, a darker side, a sense of guilt that eventually led them to become these terrifying creatures. Although some who are strong of their purity and light, it is only a matter of time before they too become one with Yankai. Inevitable and inescapable like time itself, no one was safe from corruption. Creatures of the dark rose in growing numbers: Lambs, Shieldbearers, Wraiths, Darkwurms and Aegis.

To combat against the corruption, Hikamaru created a sword of Light called Hikamaru-no-Kobushi, “The Fist of Hikamaru,” to purify the darkness while also feasting on it. As this sword vanquished foes and absorbed their power, it simultaneously drained life from its wielder, eventually destroying them as well. Hikamaru gave this sword to a royal family of light and intentionally kept the family unaware of its true nature.
Koharu observed the result of her absence and is disappointed at Yamaru and Hikamaru’s actions. This causes her to continue to observe their unending conflict, hoping that they will realize their mistake on their own and come to accept that both Light and Dark cannot exist without the other, that they both must exist to maintain balance in Kokai. After several months passed, Koharu witnessed the sword call out to anyone nearby, still hungry after it consumed its previous wielder. Hearing the sword’s call, a corrupted dark creature felt an urge to steal it and succeeded.
Their name was Nashi.
A common dark creature, who, once obtaining the sword, is purified in body, becoming more human in appearance, but is still grotesque. After being purified by Hikamaru-No-Kobushi, Nashi believed their purpose was to vanquish the darkness, despite having no memories before picking up the sword.

Nashi, at the start of their journey with Hikamaru-No-Kobushi, was confused by their new appearance and what they were supposed to do. With the sword’s natural ability to cause its wielder to purify dark spirits and spread light into Kokai, Nashi naively trusts the “Voice of the Sword” after feeling its warm light. Nashi was curious as to why they must expel the darkness within Yamaru’s creatures and as well as their identity, though their curiosity was often suppressed by the sword.
As their time wielding the sword progressed, they began to have an internal conflict within their own mind due to the sword’s ability to influence its wielder to kill dark creatures. Being a former dark creature, Nashi started to regain their past memories as a human, specifically a moment in time when they were weak. The sword, finding out its influence on the Nashi was wavering, used Nashi’s internal struggle as a chance to further convince them to continue vanquishing the darkness.

Curious, Koharu pays close attention to Nashi on their journey with the sword, what Nashi will do and how their journey will end. Nashi’s choice of their path and fate will affect the cycle of Yamaru’s corruption and Hikamaru’s sword as well as Koharu’s decision to return to Kokai or not. 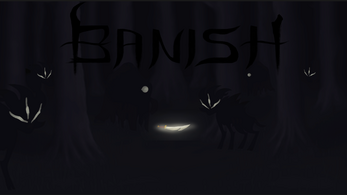 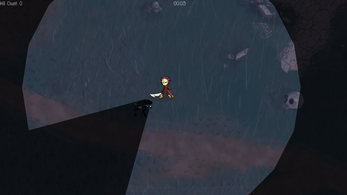 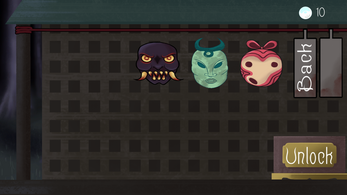